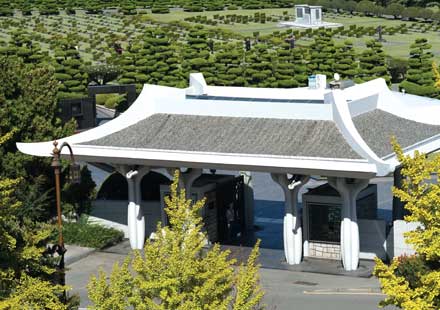 It was established to honor the service and sacrifices of the UN soldiers who fell during the Korean War. The UN Memorial Cemetery in Korea is located in Daeyeon-4dong, Busan. The Cemetery is dedicated to soldiers from all around the world who sacrificed their lives for world peace and freedom in the Korean War.

The cemetery is spread out over 14 hectares and was established by the United Nations Command in January, 1951, when interment began, remains were transferred from six other cemeteries located at Gaeseong, Incheon, Daejeon, Daegu, Miryang, and Masan. The dedication ceremony was held in April, 1951.

The Parliament of Korea, in order to honor the services and sacrifices made by the UN forces during the Korean War, provided this land for permanent use by the UN as a cemetery in August 1955. The UN General Assembly accepted the proposal and UN Resolution #977 to establish a United Nations Memorial Cemetery in Korea became effective in December of 1955.
The Korean government granted the land to the United Nations without cost as a permanent tribute to all those who gave up their lives in resisting aggression in Korea. Furthermore, an agreement between the UN and the Korean government officially designated this holy ground as a unique memorial cemetery of the UN in November, 1959.
During the period of 1951 to 1954, remains of about 11,000 men of the United Nations troops were buried here. After that, most of the remains of the soldiers from Belgium, Colombia, Ethiopia, Greece, India, the Philippines, and Thailand, as well as the majority of those from the U.S.A., France, and Norway, were repatriated to their home countries. Currently, about 2,300 graves remain, including those for 281 Australians, 380 Canadians, 46 Frenchmen, 120 Dutchmen, 32 New Zealanders, 1 Norwegian, 37 Koreans, 11 South Africans, 462 Turks, 886 British, 40 Americans, 4 unknown allies, and 11 non-combatants. 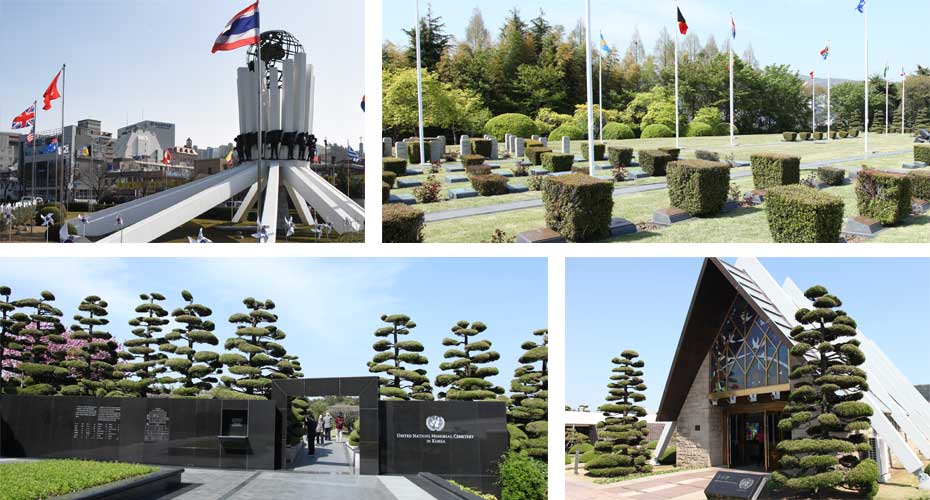 In the Symbolic Area, there are 22 national flags of the sending-states flying throughout the year, and each flag is marked with a bronze plaque that displays the nationality. Two Turkish Monuments were built in the West part of the cemetery to honor the sacrifices of the Turkish brigade, and the Greek Monument was built on near the pathway to it. The Commonwealth Memorial was built to commemorate the 386 soldiers of the Commonwealth nations with no known graves. The Australian Memorial was built and donated by an Australian sculptor in November, 1998. Canadian Veterans of the Korean War erected the Canadian Memorial Statue in November 2001.

Moreover, in 1978, the Korean government constructed the UN forces Monument. On the copper plates on the monument walls are inscribed the details of combat equipment and personnel support provided by the UN nations.
Inaugurated in 1964, the Memorial Service Hall was designed and built by a Korean architect in consideration of the combatant nations’ various religious faiths, while offices and the Exhibition Hall and other annex buildings were built by the United Nations. The citizens of Busan dedicated the Main Gate in November 1966.
Since 1974, it has been administered by the Commission for the UN Memorial Cemetery in Korea, made up of representatives of the eleven countries whose fallen remain here. The Chair country rotates every year in alphabetical order of the name of the member nations.